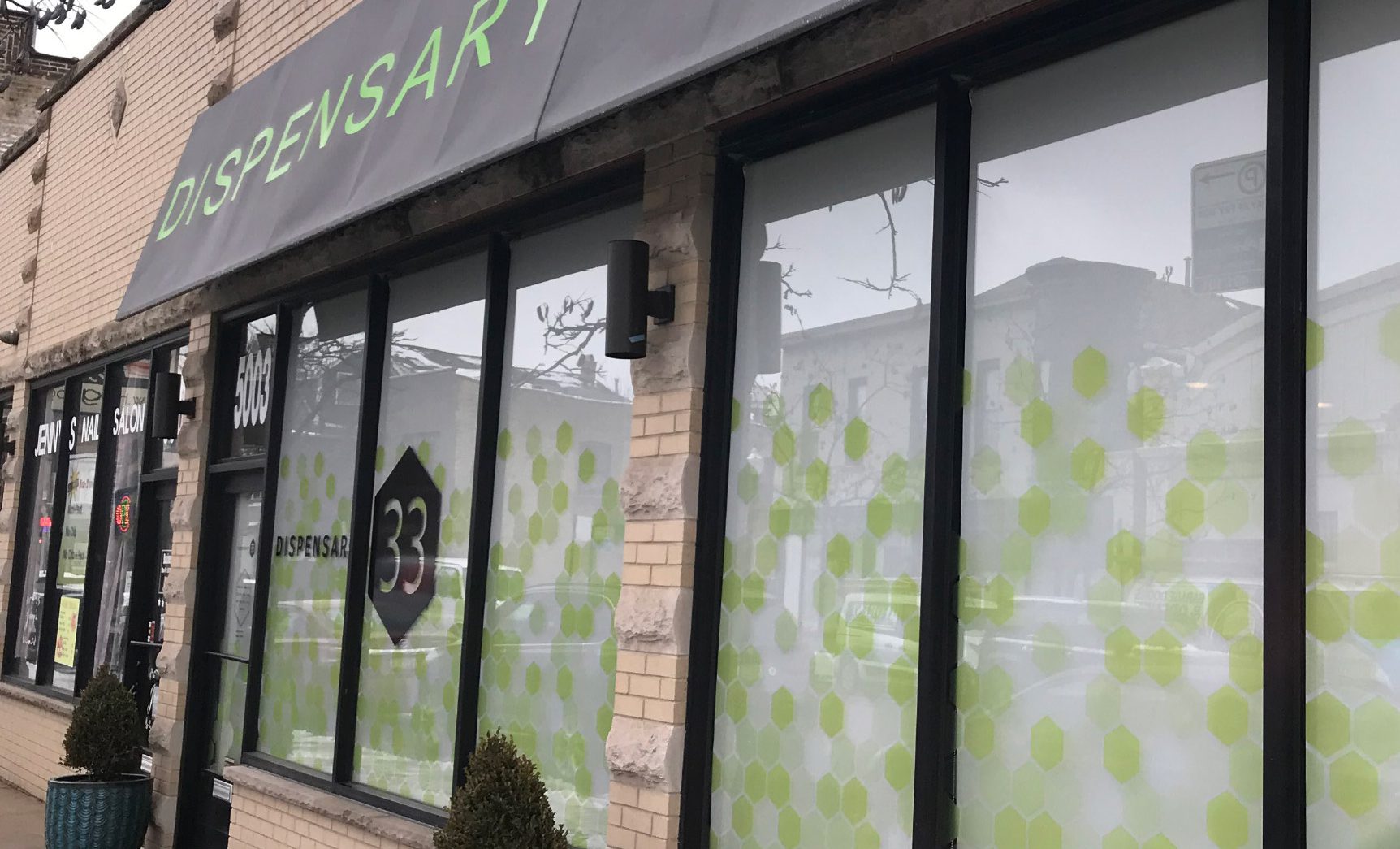 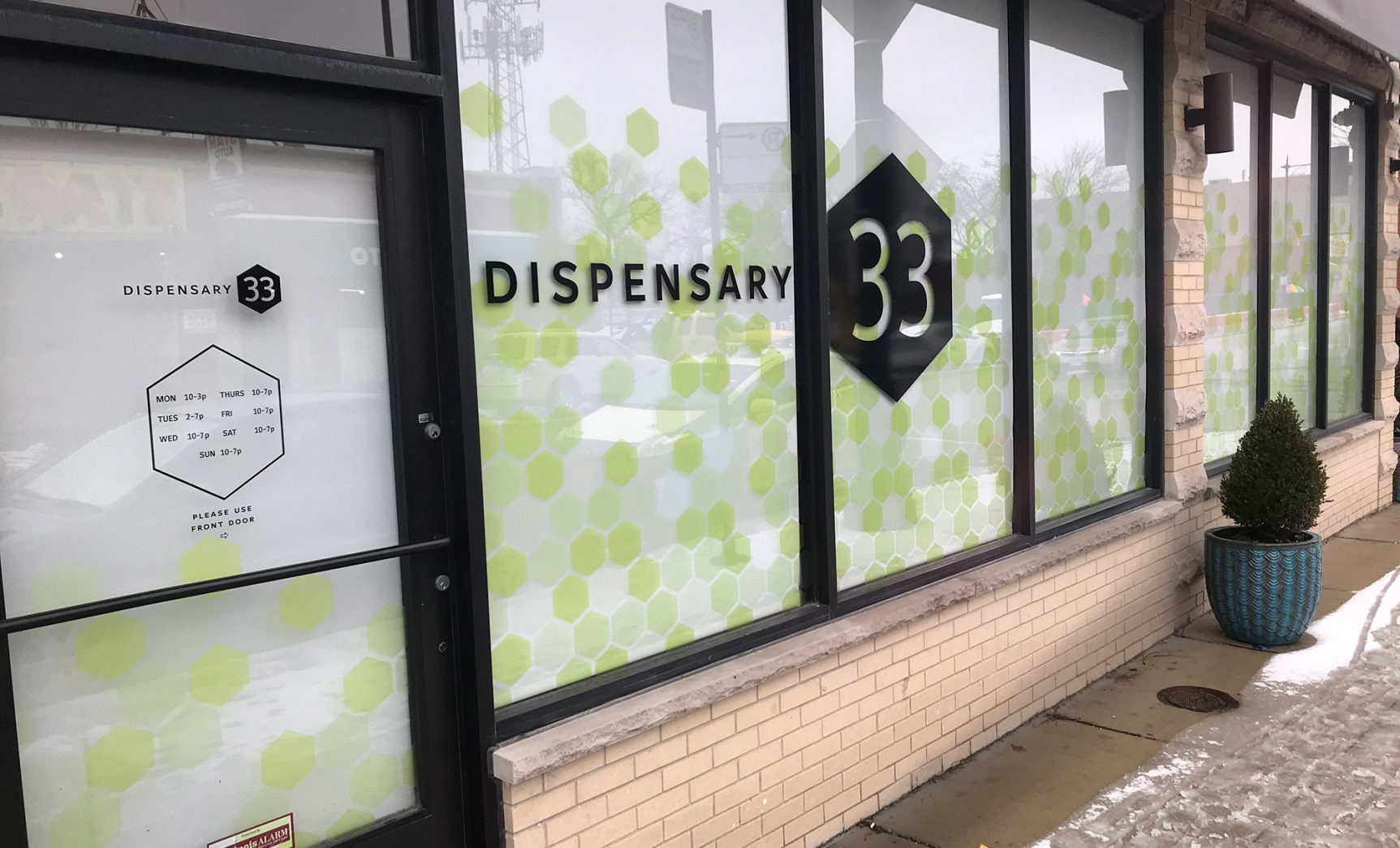 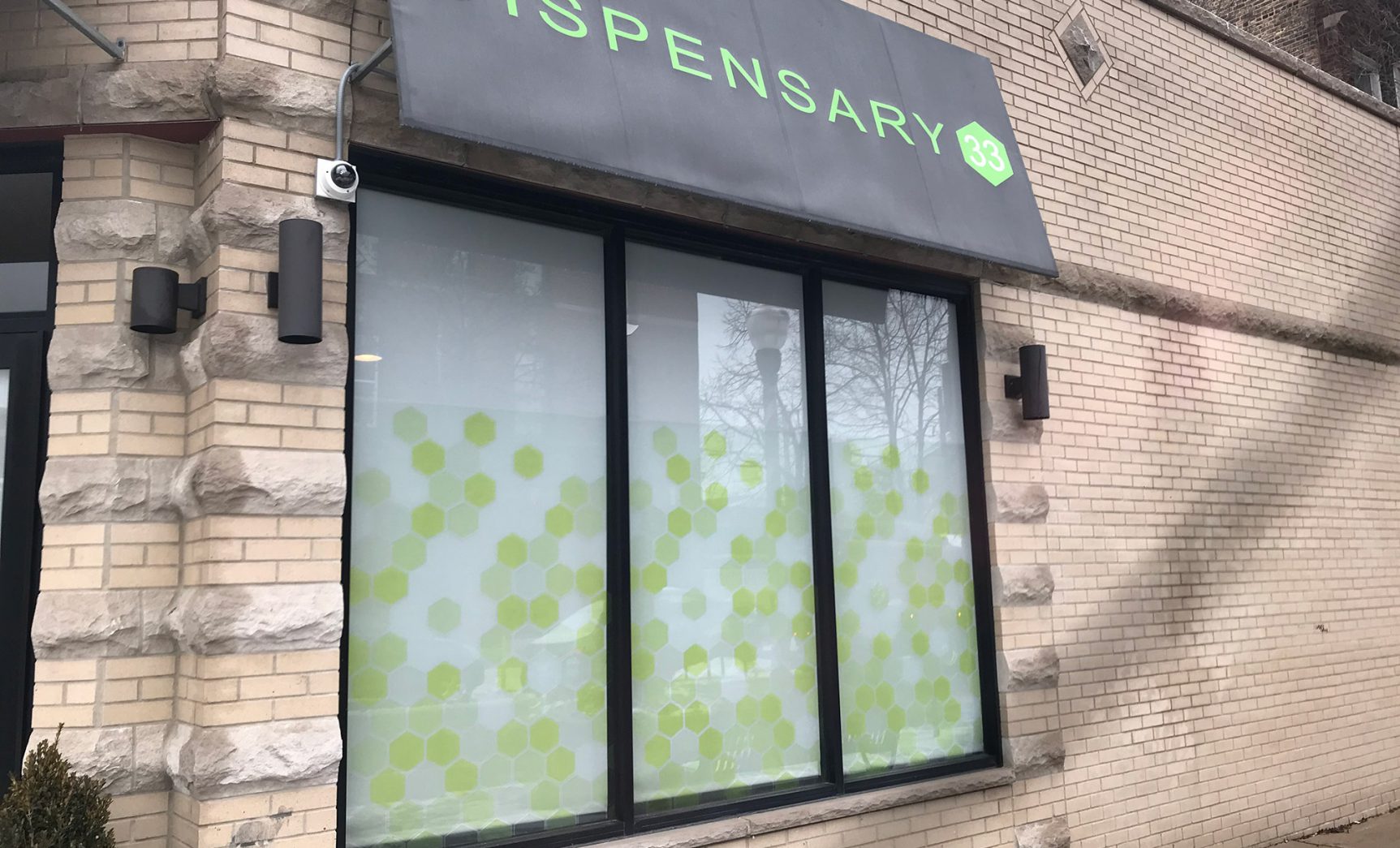 CGM was hired by Dispensary 33, a Chicago area medical marijuana dispensary, to design, produce and install exterior window graphics reflecting their brand and promoting their new facility on North Clark Street. After installing a layer of clear shatterproof film, as required by the City, we printed and cut out individual hexagons of varying shades on frosted adhesive to allow for visibility on both sides of the window. In addition, we produced large format cut vinyl adhesives of their logo and hours for the doors.